Have you have ever wondered why people so strongly associate cannabis with chilling out? The old assumptions around cannabis is a blissed out hippy, with not a care in the world. While this image is definitely outdated today, the plant is under investigation for its stress relieving properties. Many people are already relying on cannabis for relief of anxiety and other conditions –  could connection between marijuana and chilling out be true?

Cannabis is chock full of healthy chemicals called cannabinoids. There are over 100 identified cannabinoids, but the most understood are THC and CBD. Both play a role in the plant’s anxiety relieving properties. The first cannabinoid, THC, is the chemical responsible for the high after using a THC-heavy strain of cannabis. When we consume marijuana, the THC compound mimics the effects of a compound our bodies naturally produce called anandamide.

Anandamide is commonly known as the bliss molecule because it stimulates emotions of happiness, confidence, and bliss. Sound familiar? THC evokes the very same feelings, although this is dose dependent. Too much THC can have the opposite effect desired for anxiety relief. For anxiety relief, many people find it helpful to keep the THC dose on the low to medium end of the spectrum.

Another important compound for the management of anxiety and stress is CBD. According to an industry-sponsored survey of CBD users, anxiety and stress are one of the top reasons for use. Cannabidiol plays a much more indirect role in anxiety, but a valuable one. Just like some antidepressants and anti-anxiety medications target serotonin receptors, CBD seems to improve signaling through these very same receptors, including one called 5-HT1a. Research into the mechanisms behind cannabis’ antianxiety mechanism of action is ongoing.

Most studies looking at cannabis for anxiety relief are in the preliminary stages (in the laboratory and on animals). However, there is a handful already published with human participants. For example, CBD reduced anxieties in a group of people with social anxiety before a simulating public speech. In another small study, this time measuring neurological blood flow as related to anxiety, the authors concluded: “CBD was associated with significantly decreased subjective anxiety.”

The research shows us there is a clear and apparent reason why so many people are already using cannabis for anxiety relief. The science is increasingly supporting this therapeutic application. From panic disorders to social anxiety it’s likely that marijuana is going to play a role in treating these common anxiety disorders in the future. 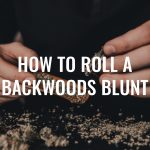 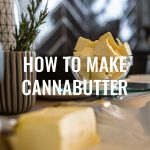 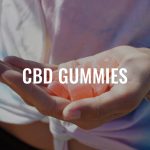 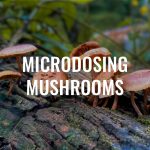 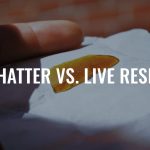 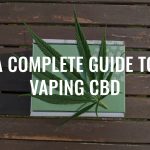 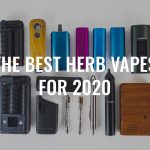 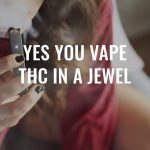 Yes, You Can Vape THC with a JEWEL — Here’s How 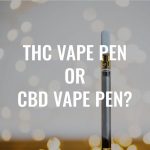 THC Vape Pen or CBD Vape Pen: How to Choose